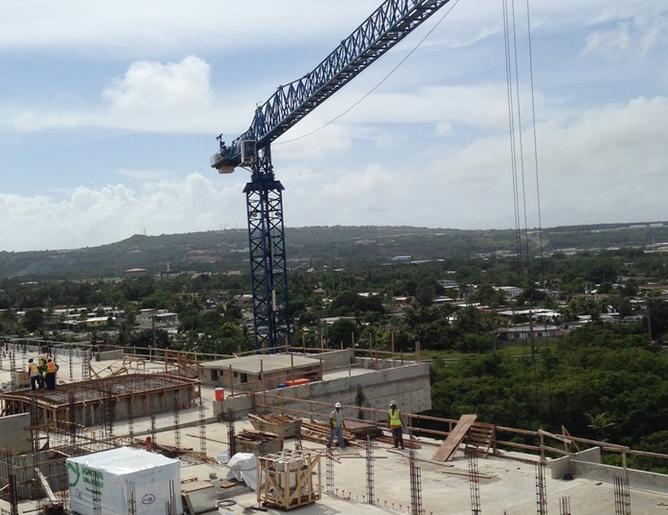 This massive structure was one of many launching girders that built the Dubai metro. Burj Tower Cranes, on the request of VSL Middle East, moved the complete unit to our yard in RAK. We then  built, refurbished, and tested the complete unit before we dismantled it again and shipped it in containers to Tunisia, where it was due to start a similar bridge project there. The launching girder was made up of  24 main beam pieces measuring approximately 10 meters long each, and each weighing between 8000 kg and 13500 kg,  which we were able to build in situ with our own Comansa 21 LC 290 -18 ton max lift and Potain H30/23C 12.5 ton max lift. The completed beam were approx 120 meters long and 20 meters wide with a gross weight of around 400 ton.

Burj Tower Cranes finished the project 10 days ahead of the 80-day schedule. Again, this project was undertaken during the hottest of the summer months, but that still didn't slow down Burj Tower Cranes.

We used 13 general workers and supervisors with 3 highly experienced technicians that had never erected such a machine, but without fail, we took the challenge and succeeded safely and ahead of schedule.