On the instruction of Kele Contracting, we removed the two FAVCO from the roof of D1 Tower on Business Bay crossing Dubai, UAE.

We started on site in May 2014 and erected the white recovery crane that can be seen in the pictures. This has a maximum lift capacity of 3 metric tons and a maximum jib length of 19 meters at full speed. It was a minimum 1.5 hour cycle per lift to the ground. As this was a very basic recovery crane, we had to install new limits and alarm system to have this crane to a safe working standard. We also installed a new hoist rope and luffing rope to ensure this job was undertaken in the safety, demanded by Stafford Cranes.

We were able to remove  the bigger of the two cranes with the small FAVCO crane. We had split the slew ring in two halves, as the smaller FAVCO had a maximum lift of 5 ton at that radius. This was a dirty job as there had been a slow oil leak from the diesel engine and covered the whole area in dirt and grease.

The smaller of the two FAVCOs proved a bigger challenge, as the boom had to be hinged down in mid air, and then removed with the recovery crane,  and lowered the 300 meters to the ground in an upright position, as to not break the glass on building nearing finish, and the short jib on the recovery gave us a very minimum distance to lower stuff down the 40 minutes to the ground. Again with this crane, we had to split the turn table to a maximum lift of 3 tons so that the recovery could safely remove and send on its way all those 300 meters, 40 minutes to the ground. 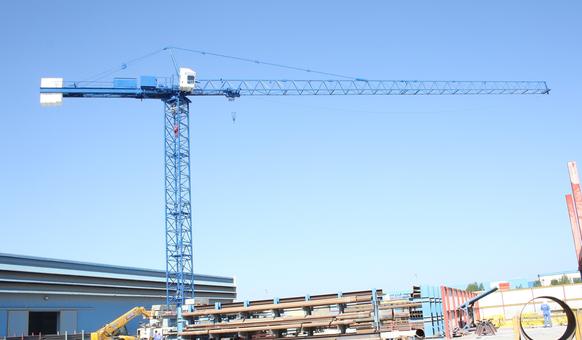 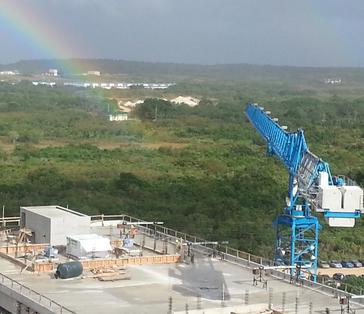 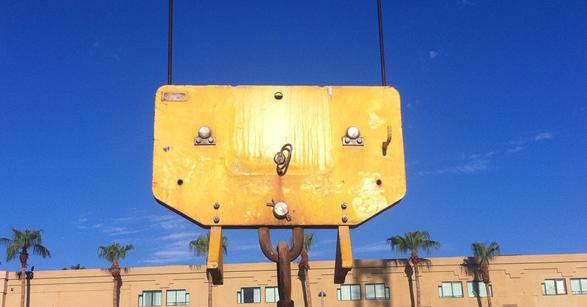